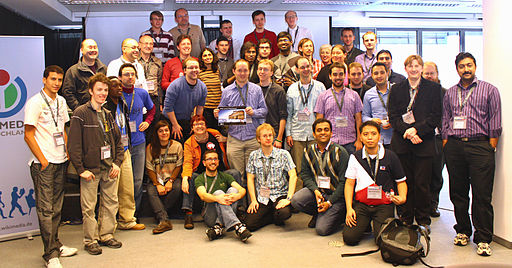 Tomorrow, Thursday, April 18, Wikimedia Conference 2013 starts. The conference is held every year to improve coordination between the various Wikimedia chapters, discuss the next challenges and share national experiences. For the first time the Wikimedia Conference will be held in Milanp, Italy; we are proud that Wikimedia Italia is in charge of the organization. You may find further information and some tidbits on the official press release (in Italian), while at this page, and through the hashtag #wmconf on Twitter, you can follow the updates in real time. All board and staff members awill be in Milan at the conference during the event in Milan, so the work of the office will be momentarily suspended. We apologize in advance for any delays.

From 7 to 11 August 2013 the eighth edition of Wikimania will be held in Hong Kong.

Like we did in the past, Wikimedia Italia has decided to award 8 sponsorships, to cover the costs of participation in the event. Each sponsorship includes travel expenses (by plane), accommodation and registration to the event, for a maximum amount of € 1,250 each.

If you are interested you can find all the details of the announcement on the page for the event.

Applying is easy: you only have to fill an online form and then send a confirmation email to the email address domande(at)wikimedia.it. The deadline for submission of applications is scheduled for 23:59 Tuesday, April 30, 2013.

Set culture free. With your signature

To donate the 5x1000 of your taxes to Wikimedia Italia, you have just to write on the dedicated form of the tax return (or communicate to your accountant) the tax code of the association: 94039910156. Visit this page for more detailed information. It is a real help, which does not cost you anything.

(past and present) Wikimedian events