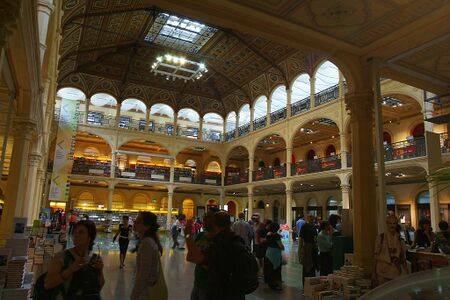 Saturday, October 19, will be a busy and important day for Wikimedia Italia! At the Biblioteca Salaborsa in Bologna there will be a public meeting in the morning led by some of the members of the association joined by guest friends, while in the afternoon there will be the semiannual members' meeting. The appointment of the morning will be at the Auditorium Enzo Biagi, from 10:00 to 13:00. It is open to all, so we invite everyone to attend. The underlying theme of the presentation will be Libraries and Wikipedia: meetings and possibilities. The objective is to discuss values​​, aims and perspectives that bind Wikipedia and other wiki projects to libraries.

The official Members' Meeting of Wikimedia Italia will start at 14:00 (second call), at the Atelier of the Urban Center. Among the topics we will discuss the events for the next year and the organization of Wikimania 2015, we will ratify the resolutions of the Board of Directors; but mainly this is an opportunity to meet in person and exchange ideas freely. Some practical notes:

Bibliohackathon is around the corner: on October 26th in Florence at the National Central Library Wikipedians, librarians and geeks will gather to kick off this pilot project, in which representatives of each category will work together to learn and discuss something useful from each other. For this purpose, several workshops have been planned, among which we point out those about Thesaurus, Wikidata, VIAF, Pywikipediabot and OpenAccess. The beginning of the meeting is fixed at 9 for reception, while the work will start at 10:00 and end at 18:00. To participate, you must refer to the event page and get a (free) ticket on Eventbrite. If you want to contribute and help the organization, in this guide you will find original suggestions on what to do and how to structure a Hackathon.

The ninth edition of the International Meeting Euro - Mediterranean Medical Informatics and Telemedicine (Emmit 2013) will take place in Nador, Morocco, From October 21 to 23. The goal of the Meeting is to bring together experts from academia, industry representatives and global health institutions, with the aim of stimulating debate on research and share experiences with health care providers and policy makers. Tuesday, October 22, among the speakers our Francesco Tarantini will present Nursing and healthcare on Wikipedia, a project that wants to bring the world's most popular online encyclopedia to be a reliable source of health information. Francesco, along with Wikimedia Italia and IRCCS-National Cancer Institute of Milan, involved three of his nursing students in the preparation of dissertations that address the issue of the presence of articles about healthcare on Wikipedia. The students will have to re-edit the articols on : nurses, nursing, IPASVI (National Federation of Nurses' Colleges). Francesco will be accompanied by one of his students. The project also involves other people, including Ilario (Wikimedia CH) and James M Heilman (Wiki Project Medicine).

Past and future appointments