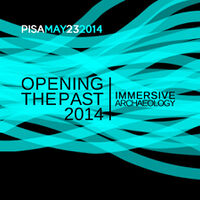 Logo of the event Opening the past 2014, from the website http://mappaproject.arch.unipi.it/ released under the CC-BY-SA 3.0 license

Opening the past so to tell it

How can archaeologists and cultural heritage operators tell the community about their work? Answering to this question is the aim of the meeting Opening the past 2014 - Immersive Archaeology which will be held Friday, May 23rd, in Pisa. The promoters hope to focus the attention on contemporary tools, such as new media, virtual reality and open data, and to their ability to let us build an effective and involving story. For this reason, our Emma Tracanella has been invited to talk about Wiki Loves Monuments, a project co-ordinated and directed by her, and Archeowiki. Registration is free and may be made on the website, until May 18th.

Screenshot of the homepage of MapGive, a project belonging to the U.S. Department of State’s Humanitarian Information Unit

MapGive: mapping the world for emergencies

The Italian OpenStreetMap community never sleeps: thanks to their effort, the website MapGive is now speaking our language too. Simone Cortesi (Vice president of Wikimedia Italia) explains the project: he, together with Cristian Consonni (treasurer of Wikimedia Italia and researcher at Fondazione Bruno Kessler), worked on the translation: "In practice, it is like a Wikipedia for geography. The idea is to promote the formation of volunteers able to map areas prone to natural calamities, intervening in the earliest hours following the disaster, when standard maps are no longer useful, and what used to be a motorway is now a hard-to-transit-on bridleway". If you're interested in knowing the activities of the Italian OpenStreetMap community, and signing up as volunteers, please visit their official website.

Wikimedia Italia is working so that members can benefit from concessions by showing their membership card. The interest is particularly directed to those museums which already offer discounted (or free) entry to members of no profit or social promotion associations, such as Wikimedia Italia is. We are currently working on a deal with the museum network of the City of Milan, which comprises the Museum of Science and Technology. Do you know or want to suggest other museums? Email us at segreteria[at]wikimedia.it and we'll try to contact them! 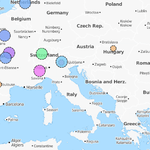 When companies decide to change drastically the solutions on which they're based, we always wonder what has motivated them and what their experience has been like; Doublemap, a company supplying real-time positioning systems to public transport companies in Indiana - USA, has told its story on its blog. With hundreds of thousands or visits every months, and with the necessity of accessing maps even off-line (e.g. at bus stops) the only available choice was getting away from commercial suppliers of cartography and adopting OpenStreetMap.

Speaking of public transport, Travic is a system to visualize feeds supplied by cities like Turin or Trento (not real-time). In Italy, there have been attempts to build these systems from the bottom in Pavia (with an app similar to Travic).

Wikipedia has its own Oscar Awards too! Every year, after a week-long poll, the most active Wikipedians are awarded prizes for merits gained on the field. The Wikioscars, created for the first time in 2004 inspired by the barnstars used in the English language Wikipedia, are a virtual event particularly loved by users, also since they do not follow precise rules: everyone can be nominated, and everyone can win the most diverse awards.
The 2014 edition has just concluded: a number of categories and prizes are awarded, from the most serious such as the election of the sysop of the year to the funniest ones, without forgetting the "classics": Miss Wikipedia and Mister Wikipedia.

Dates for your diary

News from the wikiworld 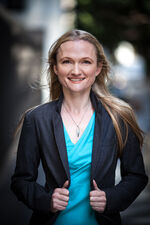 
Notice: this newsletter is exclusively intended for information about Wikimedia Italia, both to its members and to the general public; as per Art. 1, Comma 2, Legge 7 marzo 2001 no. 62, it is not an editorial product
Estratto da "https://wiki.wikimedia.it/index.php?title=Wikimedia_news/numero_76/en&oldid=287011"
Categorie: