The stream of uploaded images every day in the World, during WLM editions

Italy boldly joins Wiki Loves Monuments. The third edition of the picture contest started on September 1st and it will go on up until the end of the month. This year there is an unprecedented participation in Italy, thanks to more than 220 institutions that freed 3500 monuments. Those numbers are going to increase even more, showing that Italian public administrations are more receptive in spreading free knowledge and sharing of cultural heritage. This year we are pleased by the joining of the MiBACT, the Ministry for Cultural Heritage and Tourism, that supports the contest and has urged local Soprintendenze to do the same and free the monuments under their patronage. The 2014 edition, so rich in content, is going to acknowledge the ability of many photographers: besides the usual ten winners, who are going to get smartphones and cameras supplied by Euronics in cooperation with Sony, there will be additional special prizes, offered by Euronics, WWF, Spazi Medievali, Wiki Loves Busto Arsizio and Fondazione Gran Paradiso. This is a big challenge for users, participating in a contest that spans over 36 nations, all committed to prize the cultural richness of their territories. 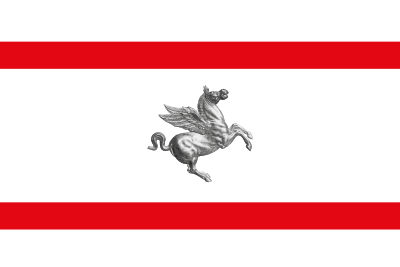 Flag of Tuscany, by Angelo Romano [CC-BY-SA 3.0], via Wikimedia Commons

Cooperation on Open Knowledge between institutions and WMI is increasing. We recently signed an agreement with Regione Toscana (Tuscany region administration). Tuscany commits to increasingly release its geographical assets as Open Data. This was possible thanks to their choice to facilitate the re-use of its documents containing public data, promoting also the development of open source softwares. Wikimedia Italia along with Tuscany region will foster a series of activities aimed to dissemination and use of the regional geographical assets, promoting the integration of open content released by both parties. The agreements has a 3 years duration, tacitly renewable, while Wikimedia Italia and Regione Toscana will evaluate the chances of starting joint projects with other institutions and public entities of Tuscany, to "refine and enrich the geographic, environmental and historical knowledge aiming to improve, make available and spread free knowledge" (translating the resolution ratifying the agreement). 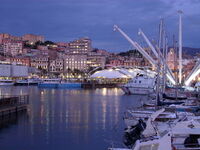 OpenStreetMap with a "fourth dimension" in time, rendering by Christian Quest