Time flies; it's again the time of the spring annual meeting of Wikimedia Italia. The date is Saturday, March 21th, in Modena, where we will be guests of Biblioteca Comunale Crocetta (Crocetta Municipal Library, address: Largo M. Pucci 33). The meeting is the core gathering for the association, and a broad participation is essential. In this occasion there will be the election of two Board members; moreover, the financial statement for 2014 and the budget plan for 2015 will be approved. The meeting will be at 2pm, but the day is going to be full of events, since in the morning there will be a meeting with town's libraries (at Biblioteca Delfini - Corso Canalgrande 103). All logistic information are available in this page; the full agenda will be available soon. Seats are limited, so it is better to register online.

March 8th is the International Women's Day and we like to advertise few events to celebrate this holiday with Wikimedia! Do not miss the date with XX-CODING Perchè programmare è un gioco da ragazze! (Programming is a girls' play!), that will be held Saturday, March 7th at Biblioteca comunale di Trento, in partnership with the CoderDojo association, a group that aims to bring the youngest in the IT world. In this event, devoted to women, there will be an introduction to Wikisource and a workshop of proofreading for its texts. We would like to thank Eusebia Parrotto for her precise collaboration and we look forward to see many of you. in Florence, in the same week-end, there will be an hackathon, devoted to the creation and the improvement of female biographies in Wikipedia. The event will be coordinated by Anna Wainwright, PhD student at the New York University, and it will be hosted by our member Susanna Giaccai along with Manuelarosi. The initiative ties with the project ArtAndFeminism, an international movement aimed to the improvement of Wikipedia articles about women.

During Social Media Week, on Monday February 23th a conference on "Wikipedia & Business" has been held. Cristian Consonni (Board member of Wikimedia Italia) was attending as speaker along with Federico Ascari (Tim), Nicoletta Vittadini (Università Cattolica) and Daniele Righi (Lundquist). The discussion was about the relationship between Wikipedia and firms, especially on the possible direct edit from the latter on articles about them, and the possible collaboration with Wikipedia editors. Cristian's speech had a big success on Twitter and the topic raised much interest.

CoderDojo event in Trento by coderdojotrento.it

A meeting devoted to programming and information technology was held Saturday February 14th at Trento library. Aimed to your people between 7 and 17 years old, it was organized by the CoderDojo movement and it involved about sixty attendees. The audience, under the guidance of Luca Melchionna and Eusebia Parrotto, worked on collaborative projects like Wikisource! 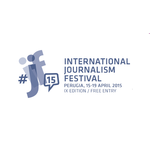 On Friday, April 17th, during the Festival del giornalismo di Perugia, there will be a workshop on the relationship between Wikipedia and journalism. The goal is to bring together the two communities to enrich and improve information. Andrea Zanni and Simone Cortesi, President and Vice-President of Wikimedia Italia, will join Alessandro Cimarelli and Andrea Nelson Mauro, co-founders of Dataninja, and Luca Corsato, co-founder of #Opendatavenezia, for an hackaton.

Lila Tretikov (Executive Director of Wikimedia Foundation) met the Italian community of wikipedians on February 18th in Milan. The event was kindly hosted by Tim at the Triennale. More than thirty people attended and Lila kindly answered their questions. On that day there was an extra showing for the exhibit of Wiki Loves Monuments in the TIM4Expo room, where Emma Tracanella (Project leader) introduced Lila to the exhibit and the winning pictures, for which she showed appreciation. The event ended with a small buffet.