The national gathering of OpenStreetMap supporters (OSMit14) will be held in Matera from October the 3rd to the 5th 2014'- Mapping places in an open format, allowing the contribution by everyone to complete the maps is their core goal. Why having OSMit14 in Matera? Because Matera is candidated to European Capital of Culture for 2019. The open mapping was a key element in involving the city and its citizens in a voluntary mobilization that had a big impact on the access to candidacy “semi-finals“, in 2013. Open Future has become Matera 2019 motto. 80 to 100 mappers and supporters from all over Italy will be in OSMit14, to share experiences of open mapping in both Italy and Europe. All information about registration and attendance are available on the website http://conf.openstreetmap.it 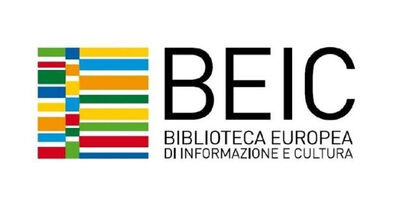 Wikipedian in residence at Fondazione BEIC

The Biblioteca Europea di Informazione e Cultura (BEIC) (European Library of Information and Culture) was born in Milan with the goal of offering to the community a state of the art structure for universal access to information and knowledge in all their forms, thanks to an on-line repository of bibliographic resources and documents from Milan metropolitan area using the most advanced digital techniques (translating from their website). This statement shows how BEIC and Wikimedia Italia share a purpose that pushed towards an agreement: our association will be a bridge between the Library and Wikipedia community. To this goal, the Board identified a member, known as Nemo, that will act as consultant, as experienced with the "Wikipedian in residence". In four months (September 15th - January 15th), the wikipedian will teach to and help BEIC employees in mastering Wikipedia and understanding its philosophy and the inner working of Wikimedia projects. Both parties hope that this partnership, even if limited at the beginning, will strengthen and grow.

After two years of training volunteers, meetings at schools, senior centres and with disabled youngs, the Archeowiki - New archaeologists in Lombardia. Real and virtual trails project ends. Wikimedia Italia, along with its project partners, organizes a closing event aimed to students that in the past year participated in the ectivities. The event will be held Friday September 26th, from 10AM to 2PM, at La Fabbrica del Vapore in Milano. Thanks to the support of a group of volunteers, the classes will be involved in a big archaeological and wikipedian game. 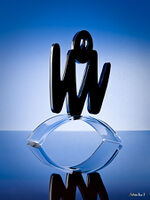 Saturday September 13th the Macchianera Italian Awards 2014, the best in the Web reqards, have been assigned at "Festa della Rete" ("Net party") in Rimini. Italian Wikipedia received the prize for best educational website; the award was collected by two members of Wikimedia Italia: DracoRoboter and Kaspo, as representatives of all the contributors. Wikipedia is for everyone and so is the award! In this video the award ceremony, with a funny moment. 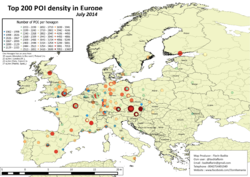