This month the European Parliament will be busy updating the InfoSoc directive (started in 2001), which among other things regulates the copyright in the EU. The European Commission has the ambitious goal of updating this old directive and unify the fragmented European legislation.
Wikimedia Italia has a very clear position, already presented in the previous consultation of the former commission and restated along with dozens of friendly European associations: widen the culture available for everybody thanks to public domain; publish under a free license all the works from public administrations; level out and simplify the rules and exceptions for the remaining works in all Europe. Every citizen can help: the best way is to phone the MEPs in your language, especially those in the JURI, CULT and IMCO commissions. Some of our members already called a dozen of MEPs: and you? 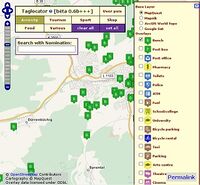