On October 22nd all over Italy is Linux Day!

On October 22nd it will be a day totally dedicated to Linux and the free software: it's "Linux Day", event promoted by Linux users city groups with the patronage of local authorities and Universities. This year there are more than 70 events, including talks, workshops, technical assistance spaces, gadgets, discussions and pratical demonstrations. The Linux groups of Leghorn, Pisa, Turin, Rome, Potenza and Genoa will give voice to our members, which will bring their passion and experience for iniziatives having the purpose of spreading the knowledge of Wikipedia and other Wikimedia's projects. 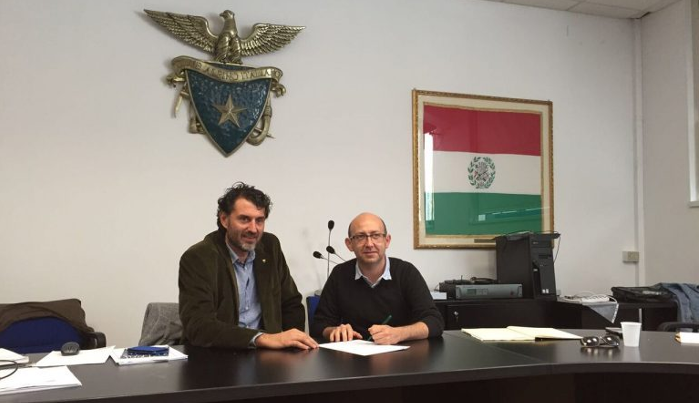 On Saturday 8th October has been reached an cooperation agreement between Wikimedia Italia, represented by the Treasurer Simone Cortesi, and CAI – Club Alpino Italiano, with the purpose of improve the free mapping. The cooperation provides for the commitment of CAI to publish with free licence on OpenStreetMap database geographical informations regarding trekking routes and accomodations. Furthermore CAI will be the reference organization for project with objective the improving of geographical, environmental and historical knowledge of mountain territories.

About schools: "Wikipedia goes to school" @ Istituto Zaccaria in Milan 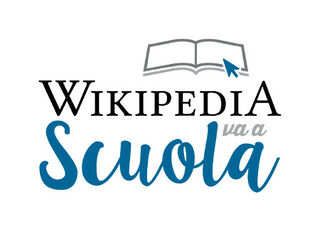 Logo of the project "Wikipedia goes to school"

Wikipedia is not just a source of informations, but may be also used as a teaching instrument: for this reason, the regional coordinator for Lombardy Dario Crespi will give a course about Wikipedia and other Wikimedia projects for students of the third class od the Istituto Zaccaria of Milan, from October 12th to Noverber 4th. This course follows the ones already started, having as purpose the involvment of teachers and students in the implementation of initiatives regarding the use of Wikipedia inside schools and universities.

About school: on October 20th Wikimedia Italia at the conference "Digital Readers" 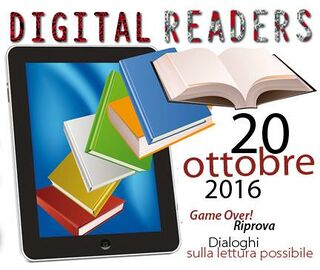 Banner of the conference "GAME OVER! SI RIPARTE"

On 20th October Dario Crespi (Lombardy regional coordinator) will participate at the conference “GAME OVER! SI RIPARTE. Dialoghi sulla letteratura possibile”, included in the seventh edition of the event DIGITAL READERS. L'evento, organizzato dalla Biblioteca di Rozzano (MI), quest’anno avrà come tema “Scenari di lettura per bambini e ragazzi ai tempi del web 2.0”. This year the event, organized by the library of Rozzano (Milan), will regard the theme "Reading scenarios for children and boys in the Web 2.0 era". It will occurr a DIGITAL READERS WEEK, which from October 21st will offer seven days of events promoting digital readings for children and boys, besides information times for adults.