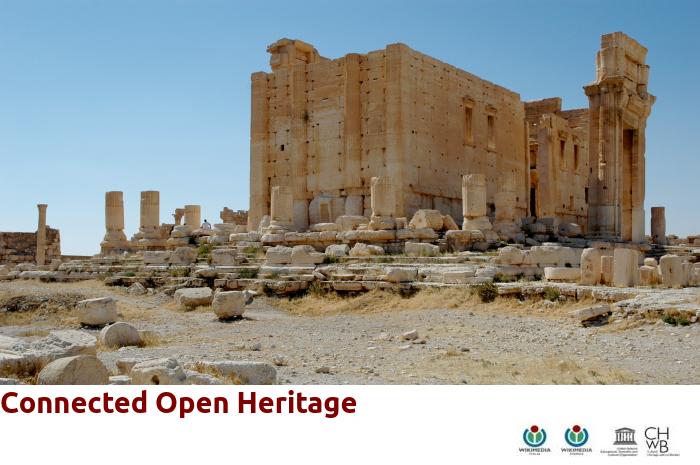 Naos (cell) of the temple from outside. By Gianfranco Gazzetti / GAR, CC BY-SA 4.0, from Wikimedia Commons.

Connected Open Heritage: contribute in the protection of the cultural heritage in danger

The Wikimedia project "Connected Open Heritage" —led by Wikimedia Sverige in conjunction with Wikimedia Italia, UNESCO and CHwB - Cultural Heritage without Borders— is organizing a photo exhibition aimed at enhancing the importance of the digital preservation of the global cultural heritage. The pictures displayed will not only portray monuments, but they will also tell their stories by showing the transformations they went through because of wars, natural disasters or simply human negligence. Everyone can contribute to the project by suggesting a story concerning a cultural property in danger: the pictures can be uploaded at this link from November 15 to December 7.

“Connected Open Heritage” project thinks first of all to rationalize the already existing data, by transfering on Knowledge Base Wikidata information conteined in Wiki Loves Monuments contest' database and the adaptation of Wikimedia projects in order to make reference more easy for users. Furthermore, it will be promoted the creation of new contents thanks to the contribution of volunteers from all over the world and the cooperation with cultural institutions for the release, with free licence, of a part of their heritage.

A case of special relevance

On multimedial database Wikimedia Commons are available several pictures of the Temple of Baal, built almost two-thousand years ago in the city of Palmyra, Syria, and become after the consecration the center of religious life of the Palmyra civilization. This construction no longer exists today: after the conquer of Palmyra by Islamic State militias in 2015, the building suffered the fury of jihadists and was totally destroyed. 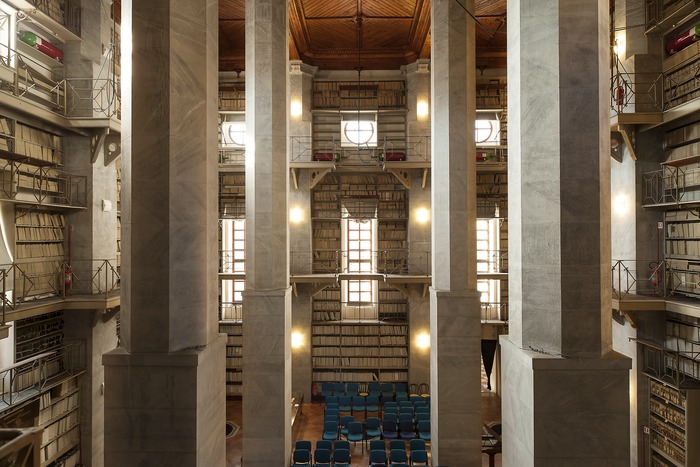 The selection of winner pictures among a lot of wonderful photos, all available on Wikimedia Commons, has been difficult for the jurors. At the end the verdict has come: the ten national winners of the fifth edition of photo contest Wiki Loves Monuments have been announced. The Region Sicily gets the victory for the first time, thanks to the picture of the Sala Almeyda of the Archivio Storico Comunale of Palermo taken by EnricoRubicondo. A lot of images from places of Emilia-Romagna have been also prize. The Region enjoys the most number of classified photos and gets a dedicated special prize: “I monumenti stellati dell'Emilia-Romagna”. Beside to this prize, three other special prizes have been assigned in the same occasion: the “Euronics-Canon Prize”, the “Enegan Luce e Gas Prize” and the “BASE Milano Prize”. The ten winners of national contest will also compete in the final phase of the international contest, to which will accede the best photos of the 41 participant countries. The pictures will be also part of a itinerant photo exhibition, which in 2017 will go on tour all around Italy.
Estratto da "https://wiki.wikimedia.it/index.php?title=Wikimedia_news/numero_134/en&oldid=313211"