This issue of Wikimedia news is written soon after the end of the Festival of Digital Freedoms, the first event which Wikimedia Italia organized directly. Our members are urged to have a look at the report. In June we won't have time to rest, since we will attend Biografilm Festival and have other tasks. I also want to remind everybody that in September we will renew the Board of the association: we need all members lending us a hand to organize the meeting. 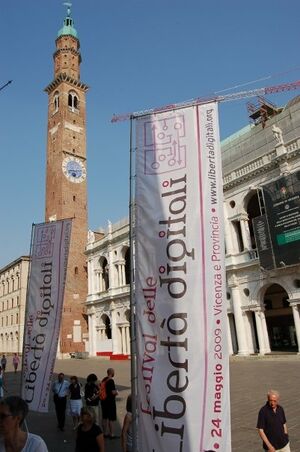 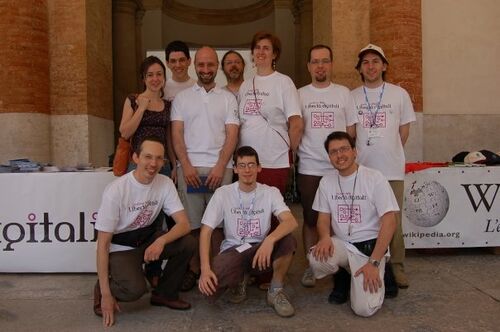 Group photo during the Festival of Digital Freedoms in Vicenza, at Loggia del Capitaniato, with some Wikimedians, members of the Vicenza LUG and the actor-author Christian Biasco

Strip of the month