After a heated internal debate about the reasons and motives that we have and led to the creation of Wikimedia Italia, we decided - better: on Frieda's suggestion I decided - to ask directly to our members, and generally to those who would care to respond, what role WMI should have in their opinion.

From the questionnaire it seems evident that Wikimedia Italy has a problem of identity. Most respondents, while claiming to know us, have in fact a wrong idea of the role of WMI: many of them confuse us with WMF or the alleged "maintainers of Wikipedia". Few really know who we are and cite our aim correctly, to spread free culture- even if they often think we simply promote wiki projects, and even among these people our role is not always clear and understood.

On the one hand we act as WMF, collecting donations through the sitenotice - by the way someone thinks it is an abuse of power, on the other hand we are not doing the things that the foundation should do but did not always, first of all protection from all legal issues related to Wikipedia, and their clarification.

Proposed changes to our action could be divided into two categories:

I will present a more detailed version of the result of the survey in September: for the time being, here there is a brief annotated list of some of the proposals that I believe fall under the second category.

What happened during last months

Note: all links are in Italian

From 10 to 16 May 2010, the association organized the second Digital Freedoms Festival (FDLD, for "Festival delle libertà digitali") in Milan entitled "Milan frees all". Events were numerous and ranged from comics to photo via OpenAccess and free games.

The festival was born as a container for different events with a common goal: bringing people and an entire city to the issues of digital freedom, free licenses and sharing of knowledge.

Certainly the festival was an opportunity for growth for the association, which was able to test his strength on a difficult location like Milan: results, despite a relatively low public participation in general, have been useful to increase our contacts with other associations with whom we share goals and philosophy.

The most successful events will be replicated in the future.

fotoMIgira: look at Milan from behind a lens, communicating with other passionate photographers, to discover that encyclopedias have a photographic soul.

GGDMilano#12 - Ignite: How to: GGDs (Geek Girls Dinners) are dinners or meetings aimed at women who are passionate about technology, Internet and new media. Twelfth Milan dinner was an "Ignite", where speakers presented their "How to", that is how to do something particularly "geek".

OpenGamingCamp - Milano frees games: the fun side of freedom: a BarCamp, that is a non-conference where anyone can "get in the chair", propose a topic and talk to others, accompanied by free games tournaments.

Throughout the event, WikiWall - a Wikipedia page at Triennale: an installation at the Triennale similar to a Wikipedia page: people can write, edit or attack photos to tell what the digital freedom is.

News from our groups

Wikimedia Italy will soon have a physical location. Offices, large enough to host some workshops and a dozen workstations, are in Rome, via Grotta di Gregna 27 (Google map). The premises are the result of an agreement between the Department of Culture of the Municipality of Rome, the Libraries of the City of Rome and the association Liber Liber. The planned activities consist in setting up three laboratories: video editing, e-book digitizing/layout and audio editing for the creation of audiobooks. We also expect to participate in European calls, for example to promote the Open Alexandria, and others that may be proposed by the most active volunteers of Wikimedia Italy and Liber Liber.

Premises will also be used to host civil service volunteers and interns, to organize courses and cultural events, in collaboration with the adjacent library "Vaccheria Nardi", who has large rooms with multimedia stations, area conferences, and of course reading rooms (the structure as a whole has three buildings).

Opening date is still uncertain. Some details remain to be defined (collection of certificates of conformity of equipment, testing elevators, etc.), and we are looking for sponsors for the setting up of laboratories. We hope to start before the end of August, even with few workstations and without the laboratories. Anyone interested in collaborating is invited to contact Marco Calvo.

The WMI GLAM committee, through Aubrey and Laurentius, organized two workshops in collaboration with Regione Toscana. The workshops (each one during a day) were aimed to teach two different groups of librarians from Tuscany regions how to edit and create article in Wikipedia. The objective of the event s were to illustrate breifly how Wikipedia works and how articles can be created: especially, librarians were interested in municipality and cultural heritage articles, as well as articles dedicated to libraries. The workshops partially touched also Commons and Wikisource, as well as copyright issues.

The feedback from participants has been positive, though several issues were raised by the low level of computer skills of many participants, as well as inexperience from speakers in explaining clearly and linearly Wikipedia basics. At the end of the day, the projects worked as a useful pilot: it is hoped to have the possibility to organize other similar events to build a stable and fruitful relationships with librarians and other GLAM professionals.

We started System Reference Document 3.5 Project, together with 5° clone, group whose purpose is to promote intelligent games (in particular, role games).

The project intends to translate into Italia the correspondent document of Wizards of the Coast, which will be released under a Open Gaming License.

Many news from Wiki@Home: many interviews were completed, among them the one with Umberto Eco (English version) made by Aubrey and taken up by some bloggers and the famous online magazine Punto Informatico. We also repory the completion of the interview with Patrizio Roversi by Capsicum. Finally, Monday, June 28, 2010 the referent of the project, CristianCantoro, attended a meeting at the School of Journalism "Walter Tobagi" at University of Milan to present Wikimedia Italy, the world of Creative Commons licenses and of course Wiki@Home project.

Wiki@Home staff needs willing young people of all ages to unwind interviews, make transcripts, fix typos, create new interviews and material for the presentation of the project. For more information please write at the contact for the project, CristianCantoro, at the address: kikkocristian

News from the Board

In June, Cristian Consonni succeeded to Nicola Izzo as Board member. 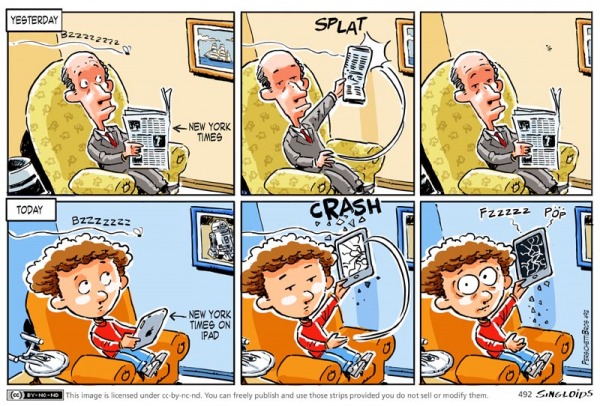 To contact the staff, write at: redazione@wikimedia.it or directly to the editors: