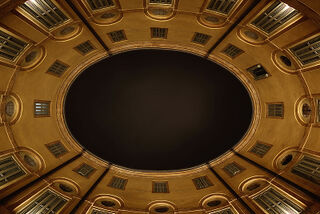 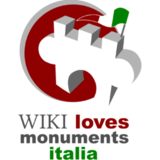 The preparatory phase of the 2013 edition of Wiki Loves Monuments Italia has already started, and there are many ways in which you can help too: find new monuments, ask for permission to take photos with a free license, help us with editing Wikipedia entries; these are just a few possibilities. In this post, published on the official website of the contest, Emma Tracanella (project manager) summarizes the deadlines and the main phases of the project. To stay up to date on all developments, you can subscribe to the newly-born newsletter of Wiki Loves Monuments.

On Thursday 21 March, the Students' Forum of the Scuola Normale of Pisa has held a meeting making some considerations on the theme of open access to scientific literature, and the state of academic publishing. The meeting was called "OpenAccess, il sapere liberato" ("knowledge freed"), and it was attended by two members of the board of Wikimedia Italy, Lorenzo Losa (Laurentius) who was among the organizers and Andrea Zanni (Aubrey) as rapporteur, together with researchers Francesca Di Donato and Maria Chiara Pievatolo. The full video of the meeting may be browsed, together with the materials presented by the speakers: slides from Di Donato; slides from Pievatolo; slides from Zanni. The organizers expressed their satisfaction with the presence of a public large and interested in the issue of open access.

As we announced in the previous number of the newsletter, on Saturday March 23 in Bologna Frieda Brioschi, Emma Tracanella and Ginevra Sanvitale took part in the meeting "Marilyn, Rita, Catherine: Wikipedia and women". Here is a very special report of the meeting, told through the tweets of the day.